Posted on April 26, 2017 by populareconomicsblog 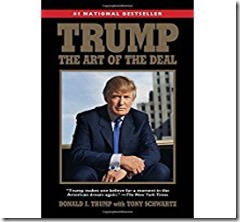 It’s 100 days into the Trump Presidency and looking more and more like President Trump is no more effective at running the country than his business interests. His book, The Art of the Deal was meant to tout his negotiating skills, but the results were never very successful.

And neither are his legislative efforts; with no repeal of Obamacare, tax reform, an immigration ban, new trade policy, and sanctuary city victories in the offing anytime soon because of poorly thought out strategies. Instead, he threatens judges, sanctuary cities, Congress, and even other countries when they don’t support his various executive orders.

His multiple bankruptcies of the Trump Casinos when other Atlantic City Casinos were successful, Trump University charged as a criminal enterprise (under RICO), and the fact that he had to rely on Russian Oligarchs to finance his real estate empire when U.S. banks would no longer lend to him, are just the tip of the iceberg of business incompetence.

These are the acts of a bully, rather than leader, which is why he seems to have so much in common with V Putin, Marine Le Pen, and other demagogues. Acting tough can be a plus when dealing with North Korea, or even Russia, but not when dealing with Americans who don’t like him or his very anti-American policies.

It’s sad, really, that he doesn’t have the skills to really shake up the Washington establishment, which needs it badly, as the election showed. But being a successful negotiator requires more than bully tactics, even in business. He so badly stiffed his own employees, as well as states such as New York (back taxes), charities, and well as U.S. banks that they want nothing more to do with him, except in court.

This is why he is involved in more than 4,000 lawsuits at last count, according to USA Today, and more are yet to come with mounting Federal court rulings against his executive orders.

Fortune Magazine reported last June on candidate Trump’s negotiating tactics: “The legal actions provide clues to the leadership style the billionaire businessman would bring to bear as commander in chief. He sometimes responds to even small disputes with overwhelming legal force. He doesn’t hesitate to deploy his wealth and legal firepower against adversaries with limited resources, such as homeowners. He sometimes refuses to pay real estate brokers, lawyers and other vendors.”

And, “As he campaigns, Trump often touts his skills as a negotiator,” says Fortune. “The analysis shows that lawsuits are one of his primary negotiating tools. He turns to litigation to distance himself from failing projects that relied on the Trump brand to secure investments. As USA TODAY previously reported, he also uses the legal system to haggle over his property tax bills. His companies have been involved in more than 100 tax disputes, and the New York State Department of Finance has obtained liens on Trump properties for unpaid tax bills at least three dozen times.”

There may be even be more troubles ahead for President Trump, now that he is also stiffing a Republican-run House Oversight Committee investigation into General Flynn’s activities as an unreported lobbyist, which wasn’t apparently disclosed in his application for renewal of his Top Secret security clearance.

So, could this lead to his impeachment?