Why the Greater Lawlessness?

Posted on August 16, 2017 by populareconomicsblog 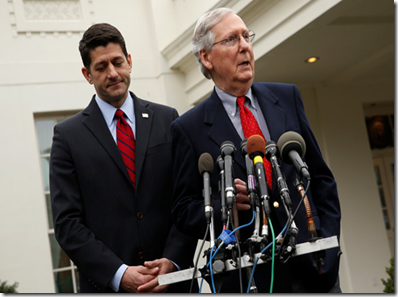 We knew as far back as Nixon’s Watergate that the Republican party harbors a lawless tendency when it suits them. Why else would President Reagan engineer the illicit Iran contra arms deal with the Ayatollah Khomeini, or, President GW Bush invade Iraq when UN inspectors already knew Saddam Hussein had destroyed his weapons of mass destruction a decade earlier?

The lawlessness of Republicans’ hunger for power has now reached such a point that they have selected and continue to support a president who has lied and cheated his whole adult life; from Trump Casinos to Trump Towers, from stiffing bankers and his workers to cooking the books. This has been documented in many of the 3,500 plus lawsuits Trump has been involved in, and the reason he settled the Trump University lawsuits, one of which alleged he ran a fraudulent enterprise under RICO, the Racketeer Influenced and Corrupt Organizations Act.

The sins of Hillary and Bill Clinton pale, yet Republicans impeached Bill for lying about a sexual encounter and continue to hound Hillary over lost emails. So why aren’t they impeaching Donald Trump who hasn’t divested himself of his assets to avoid conflicts of interest and continues to profit and even solicit favors from foreign governments in direct violation of the constitution?

His current 34 percent Gallup popularity rating is testimony that his support is now only restricted to those that would support him, even if, ““I could stand in the middle of Fifth Avenue and shoot somebody, and I wouldn’t lose any voters,” said at a January 2016 Iowa campaign rally.

And now we have President Trump condoning the lawlessness of his neo-nazi and white nationalist supporters holding a torchlight parade in Charlottesville, Virginia, Jefferson’s hometown.

CNN commentator David Gergen, advisor to four presidents, chastised Trump yesterday in commenting on the Charlottesville riot and death of a counter-demonstrator. “He said he wants to bring love, not hatred to the country,” Gergen said. “Good. We need to deal with hatred, but he needs to deal with the hatred in his own heart if he wants to bring more love to the country.”

When will the Republican party stand up to such blatant lawlessness? Only when they can deal with the lawlessness in their own hearts. In selecting an autocrat to further their agenda, they are in effect saying freedom means anarchy, rather than living within a democracy of laws based on the world’s first constitution that guarantees equal rights for all of its citizens.