Posted on July 12, 2018 by populareconomicsblog 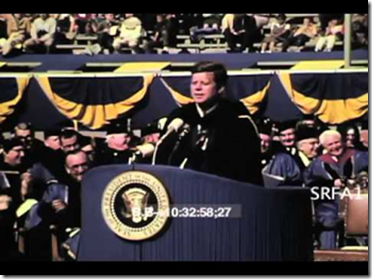 We are announcing a new blog series—ANSWERING THE KENNEDYS CALL. It will report on what is being done today to address the problems that deal with record income inequality, immigration and civil rights, environment protection, and the rebuilding of local communities both at home and abroad that we cover in a forthcoming book, ANSWERING the KENNEDYS CALL: Inspiring Lessons in Public Service and Community Building from the Sixties for the Future.

It is a book about the cultural and social revolution of the Sixties carried forward by newer generations that is healing our broken communities and a dysfunctional government.  The Sixties created many of the benefits we enjoy today—environmental protection, civil rights for minorities, scientific research that brought us moon landings, the Internet, modern commerce, and a greater openness to other peoples and countries.

By portraying the history of community development via the experiences of the Sixties’ generations, and practices of M. Scott Peck, Cesar Chavez and sociologist Robert Putnam in community organizing, we will show we have never really left that hopeful spirit that is creating new forms of a healthy, functioning, participatory democracy.

The efforts of those generations in making the world a better place is finding a response among younger generations today in countering the rampant pessimism and sense of limited possibilities prevalent in much of our society, due in large part to the economic uncertainty and successive recessions that have impoverished a majority of Americans since the 1980s.

President Obama is now mounting a campaign with a similar goal to inspire our youth to a life of service; and the youth he talks about are my target audience:  http://thehill.com/blogs/pundits-blog/the-administration/330269-full-remarks-obama-at-chicago-event-discusses-future.

“The only folks who are going to be able to solve that problem are going to be young people, the next generation,” said President Obama. “And I have been encouraged everywhere I go in the United States, but also everywhere around the world to see how sharp and astute and tolerant and thoughtful and entrepreneurial our young people are. A lot more sophisticated than I was at their age. And so the question then becomes what are the ways in which we can create pathways for them to take leadership, for them to get involved?”

We begin with this recent headline from the United Farmworkers Union: Salinas, Calif.-based D’Arrigo Bros. of California has just signed a new contract with the United Farm Workers union that will cover more than 1,500 farm workers, according to this press release from The Packer, “the fresh fruit and vegetable industry’s leading source for news, information and analysis.”

The agreement provides family medical, dental and vision benefits for the farm workers that will be paid for by D’Arrigo. Health insurance will be provided by the Robert F. Kennedy Medical Plan, a plan established in 1968 specifically for farm workers and their families.

“Both parties have come to a new era of a working relationship and realize the agricultural workers need to be taken care of,” President John D’Arrigo said in the release. “That investment will hopefully translate into people wanting to work here the whole season,”

Employees also receive hourly and productivity pay increases. The incentive and box pay rate will increase by 3 percent in the first year, 3 percent in the second year and 2.5 percent in the third year. Workers will also receive six paid holidays a year, and loaders and machine operators who use their personal vehicles will be paid 50 cents per mile for travel time.

“To be willing to put that much investment in their employees really demonstrates the value that John D’Arrigo is placing on his employees,” UFW president Arturo Rodriguez said in the release.

Why the realization from a major Salinas, California grower that union workers are important to his business? There is a growing scarcity of seasonal farmworkers due to the ICE sweeps and “zero tolerance policy” of the Trump administration that is decimating America’s agricultural industry. Growers are beginning to look to the UFW to supply those seasonal workers that labor contractors formally provided, but were mainly undocumented workers.

It took the first-term election of California’s Democratic Governor Jerry Brown in 1975 to give farmworkers bargaining rights with his enactment of the California Agricultural Labor Relations Act that legalized the union organization of farmworkers.

Today’s suppression of employee bargaining rights is little different, even though there is a National Labor Relations Board to enforce union collective bargaining rights. The problem is 28 so-called right-to-work states under Republican control allow private sector nonunion employees off the dues hook who work in a job that benefits from union bargaining.

And just recently the Supreme Court overturned a 40-year precedent in Janus v. AFSCME that nonunion government workers cannot be forced to pay fees to public sector unions if they chose not to belong to them. Those fees, approved by the court in the 1977 case Abood v. Detroit Board of Education, cover collective bargaining costs such as contract negotiations, but are meant to exclude political advocacy.

We don’t buy his argument that he wants to help governments with their finances. He as a good conservative is only interested in downsizing government in any way he (and probably his 4 fellow SCOTUS conservatives) can, which includes downsizing the standard of living of both union and nonunion government employees.