Why So Much Inequality?

Posted on July 7, 2020 by populareconomicsblog 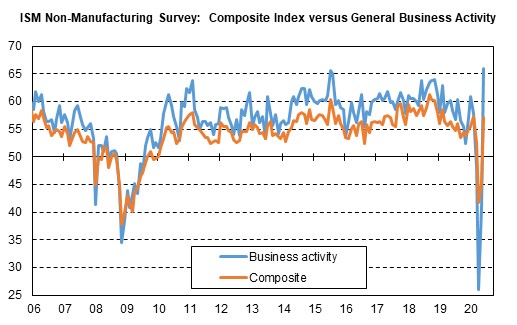 Nobel Laureate and NYTimes columnist Paul Krugman has said it would probably take something on the scale of an alien invasion to create the emergency programs and policies that would benefit all Americans, such as another New Deal that brought US out of the Great Depression.

Well, it looks like we have an alien invasion with the new coronavirus pandemic infecting and killing so many. But can we unite to revive a new, New Deal spirit that government is the solution, and this alien coronavirus the problem?

We need such government programs and leadership similar to that which enabled us to survive the Great Depression and win WWII. That is the only way we can not only stop the spread of COVID-19, but revive the American economy. This means in part to establish policies that counter the massive transfer of wealth from workers to the owners of capital since the 1970s that now total $1Trillion annually, per an excellent NY Times article in the Sunday Review section.

Other countries are already enacting variations of New Deal policies that either pay companies directly to retain their workers, or support unemployed workers with a much more generous social safety net.

The U.S. must first find a way to bridge the yawning income gap that exists between the workers and the owners of capital. It is the fact that 40 percent of working Americans most affected by the COVID-19 pandemic have really no savings for such emergencies as the pandemic, in part because they earn less than a living wage in jobs like meat packing or warehousing, in retail or leisure and hospitality.

And more than 30 states are seeing a resurgence of COVID-19 infection rates that probably means a reversing of the re-openings since May of facilities that cater to large public gatherings, such as restaurants and bars.

Nearly one-third of American households, 29 percent, live in “lower class” households, the Pew Research Center found in a 2018 report. The median income of that group was $25,624 in 2016. That means many of the 40 percent workers are, or were, middle class per PEW’s classification.

Some good news is that the Institute for Supply Management (ISM) reported its non-manufacturing index surged to it largest single-month percentage-point increase in the NMI® since its debut in 1997 (see the above graph). It’s telling us the service sector of the economy is growing again, but from a lower starting point.

“The NMI® registered 57.1 percent, 11.7 percentage points higher than the May reading of 45.4 percent,” said the report. This reading represents growth in the non-manufacturing sector after a two-month period of contraction preceded by 122 straight months of expansion.”

It is a sign the consumer sector is coming back to life that makes up two-thirds of economic activity, but how many consumers can take advantage of its services with some 15 million still out of work?

A University of Chicago-Beckman Institute survey also per the NY Times article found that 68 percent of the unemployed have unemployment insurance incomes with the $600 per month addition in the CARES Act (regardless of their previous income) that surpassed the take-home pay of their last job.

But those benefits expire by the end of July, and many of the 40 percent in the Leisure and Hospitality industries won’t be rehired until tourism and travel revive as well. That could take a long time with the novel coronavirus spreading again and regions such as the EU banning travel from countries with high infection rates, such as the U.S.

The bottom line is that at least 40 percent of working Americans will suffer even more from effects of the Coronavirus pandemic, unless government steps in to supplement their incomes in some way.

One big help is the suggestion by Baharat Ramamurti and Lindsay Owens of the Roosevelt Institute in another recent NY Times Op-ed that unemployment benefits be extended not only until they are able to find work again, but work that pays at least as much as their unemployment insurance.

And there is tremendous uncertainty among economists on when the current pandemic-caused recession will end. So it will take more than one-time programs such as the HEROES and CARES Acts to bring us back to sustainable economic growth for all Americans.

Let’s start by raising the national minimum wage above the current $7.25 per hour, last raised in 2009, and finally achieving universal health care for all Americans that almost all other countries in the world—developed and underdeveloped—already have.

This smacks of a new, New Deal, of course—a federal government that is required to serve all the people, which neo-conservatives and their special interests from the end of the Great Depression have lobbied against.

But that was 80 years ago, and now we have COVID-19 wreaking havoc on the economy as well as the physical health of too many Americans. Maybe this is the alien invasion that may finally unite us.